Toppers handwritten notes a comprehensive package for the preparation of JEE Main & Advanced which is designed by Top 100 IIT-JEE Rankers. Through our hard work we have developed handwritten notes of students who topped previous JEE exams & secured AIR under 100.These are highly self explanatory notes for JEE main , JEE advanced & other regional exams.

in most primitive manner. It is not mathematical in nature and deals in elemental form of nature. The Mendeleev’s Periodic Table becomes the basis of study as we divide the elements according to their groups and then study them. These groups are regrouped as s-block, p-block, d-block and f-block elements. In these p-block is not the bulkiest but also the most important part. The order of importance is followed by s-block elements. The chapter of Coordination Compounds is also important from the scoring point of view. The other chapters of Analytical Chemistry and Extraction of Elements also fetch few questions which are direct in nature. 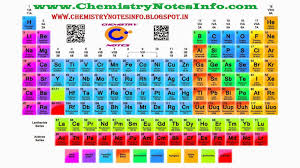 General Introduction: Electronic configuration and general trends in physical and chemical properties of elements across the periods and down the groups; unique behaviour of the first element in each group.

Group – 14: Tendency for catenation, Structure, properties and uses of allotropes and oxides of carbon, silicon tetrachloride, silicates, zeolites and silicones.

Group – 17: Preparation, properties and uses of chlorine and hydrochloric acid, Trends in the acidic nature of hydrogen halides, Structures of Interhalogen compounds and oxides and oxoacids of halogens.

Group – 18: Occurrence and uses of noble gases, Structures of fluorides and oxides of xenon.